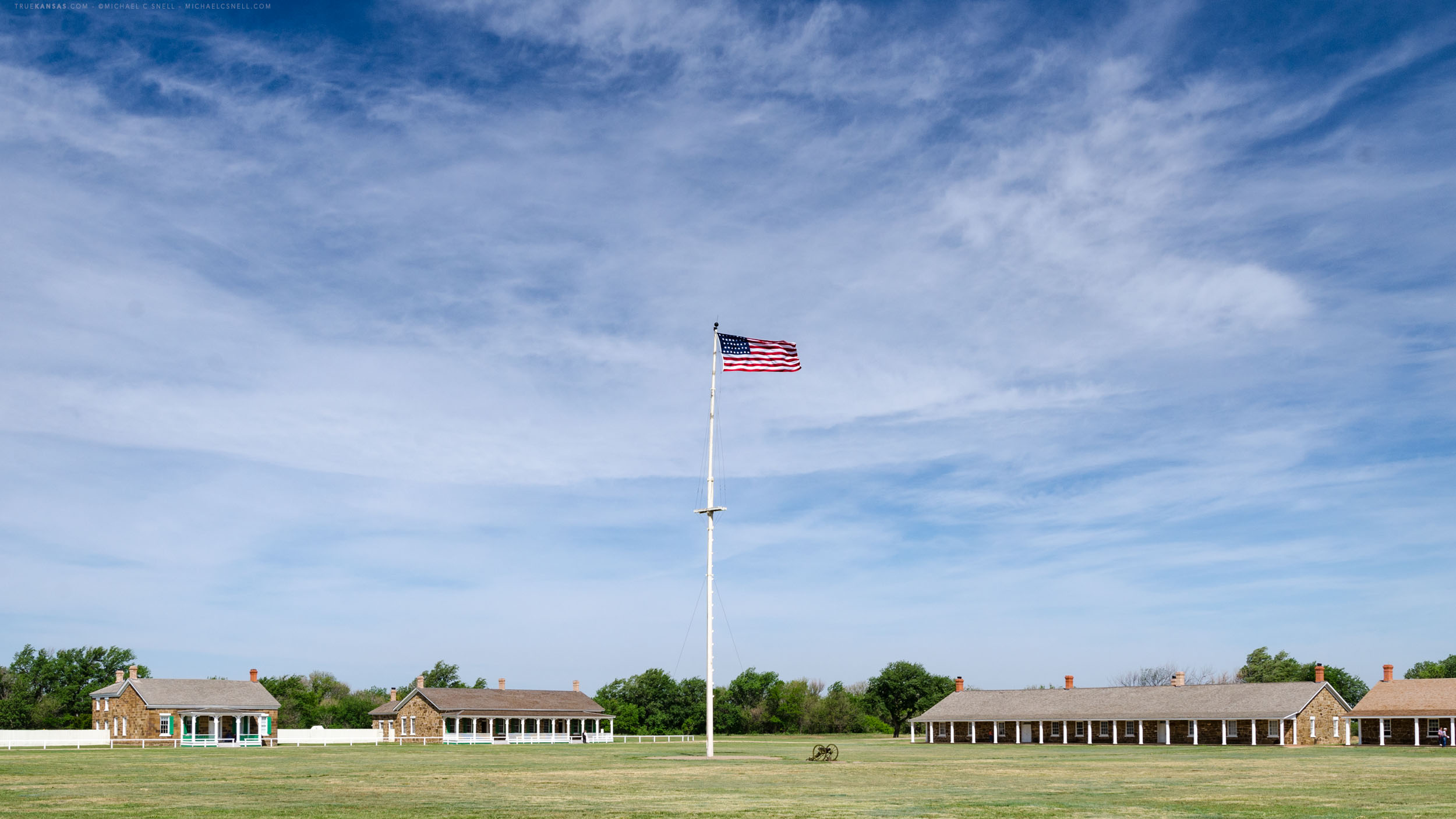 Nine forts were established in Kansas between 1827 and 1867. Their mission was primarily to escort freight and settlers and to be prepared for war if ever needed. Although quite busy in early on in territorial days and the early years of statehood, most were abandoned in the 1870s and 1880s. Only two of the forts remain active today — Fort Leavenworth and Fort Riley. Two others are now National Historic Sites — Fort Scott and Fort Larned.

Fort Larned was located on the Santa Fe Trail (ruts are still visible nearby) and was originally the “Camp on Pawnee Fork,” established in 1859. It was renamed Camp Alert, and finally Fort Larned. Fort Larned was abandoned in 1878. Several of its buildings were later repurposed as the headquarters of a ranch. The site became a National Landmark in 1961 and was incorporated into the National Park System three years later. 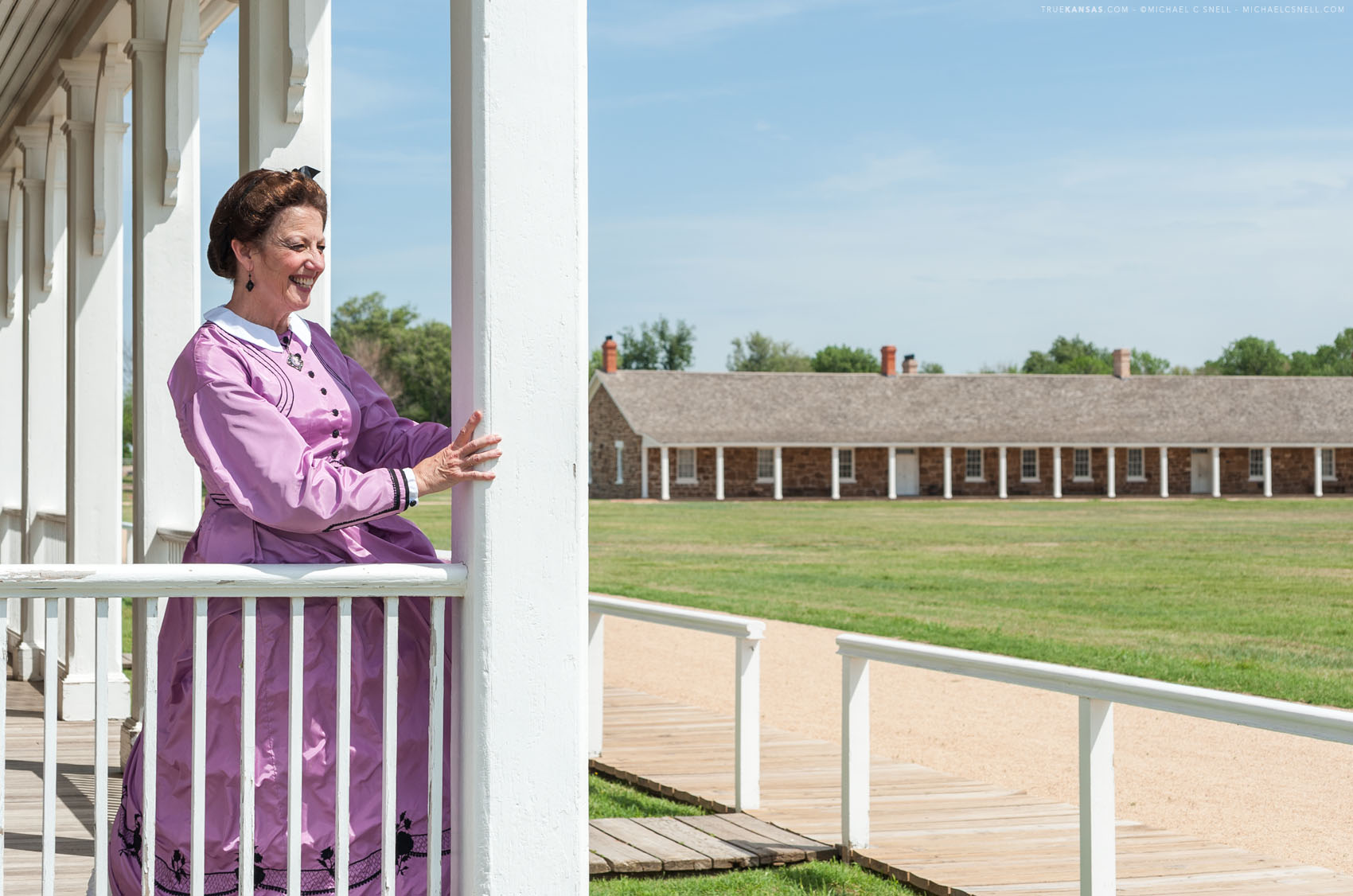 A great deal of renovation and restoration was required to return the fort to its original appearance. The visiting experience today is, in my opinion, one of the best of all the Kansas forts. Unlike Fort Scott, the other National Historic Site fort along the state’s eastern border, Fort Larned did not become surrounded by a growing community. It, to this day, sits alone in the prairie looking much as it did over 150 years ago. 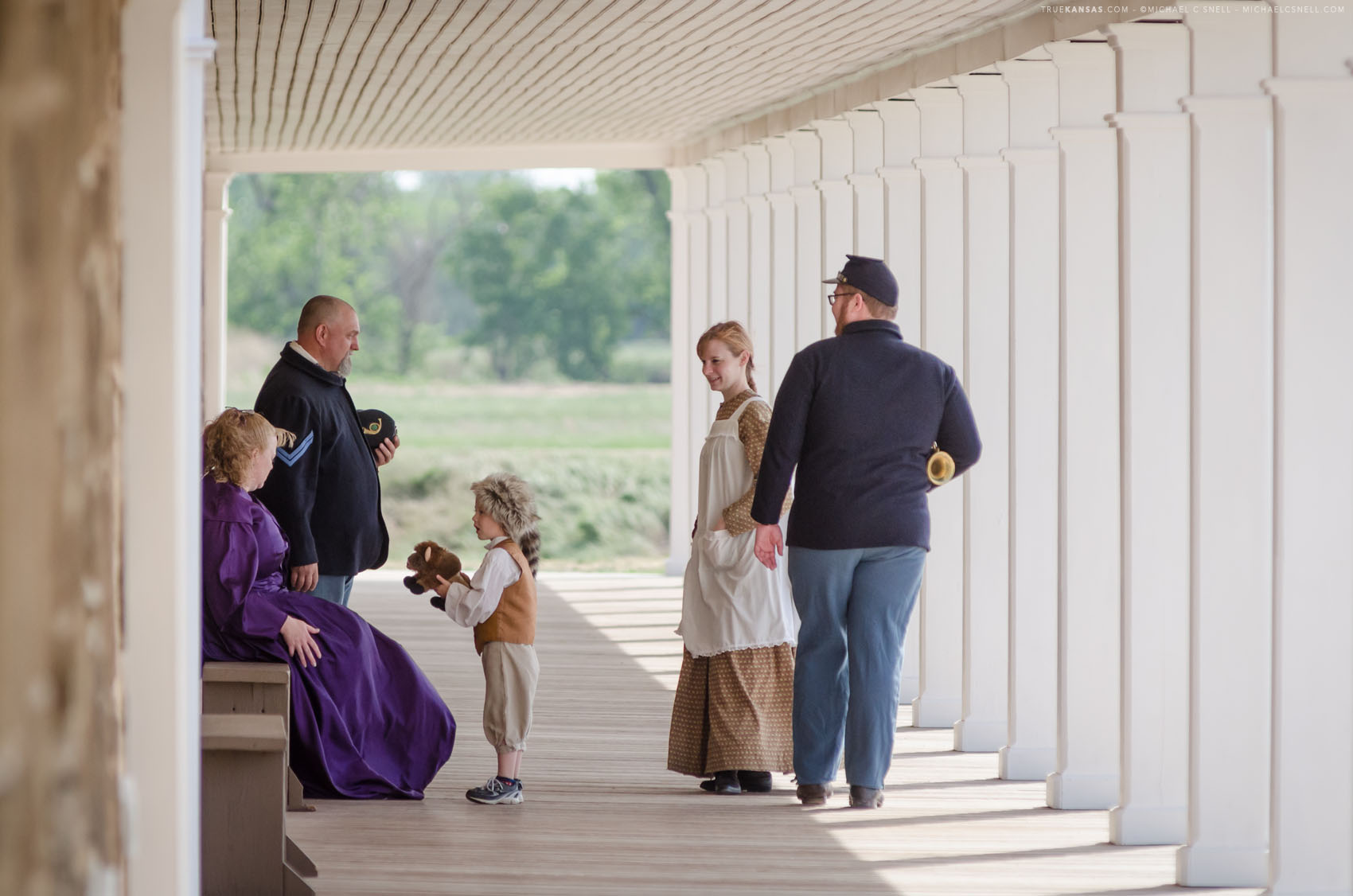 A visit to Fort Larned National Historic Site is made even better if it coincides with one of the living history events. On these days, the fort once again comes to life with re-enactors in period costume, carrying out day-to-day activities as they would have in the late 1800s. 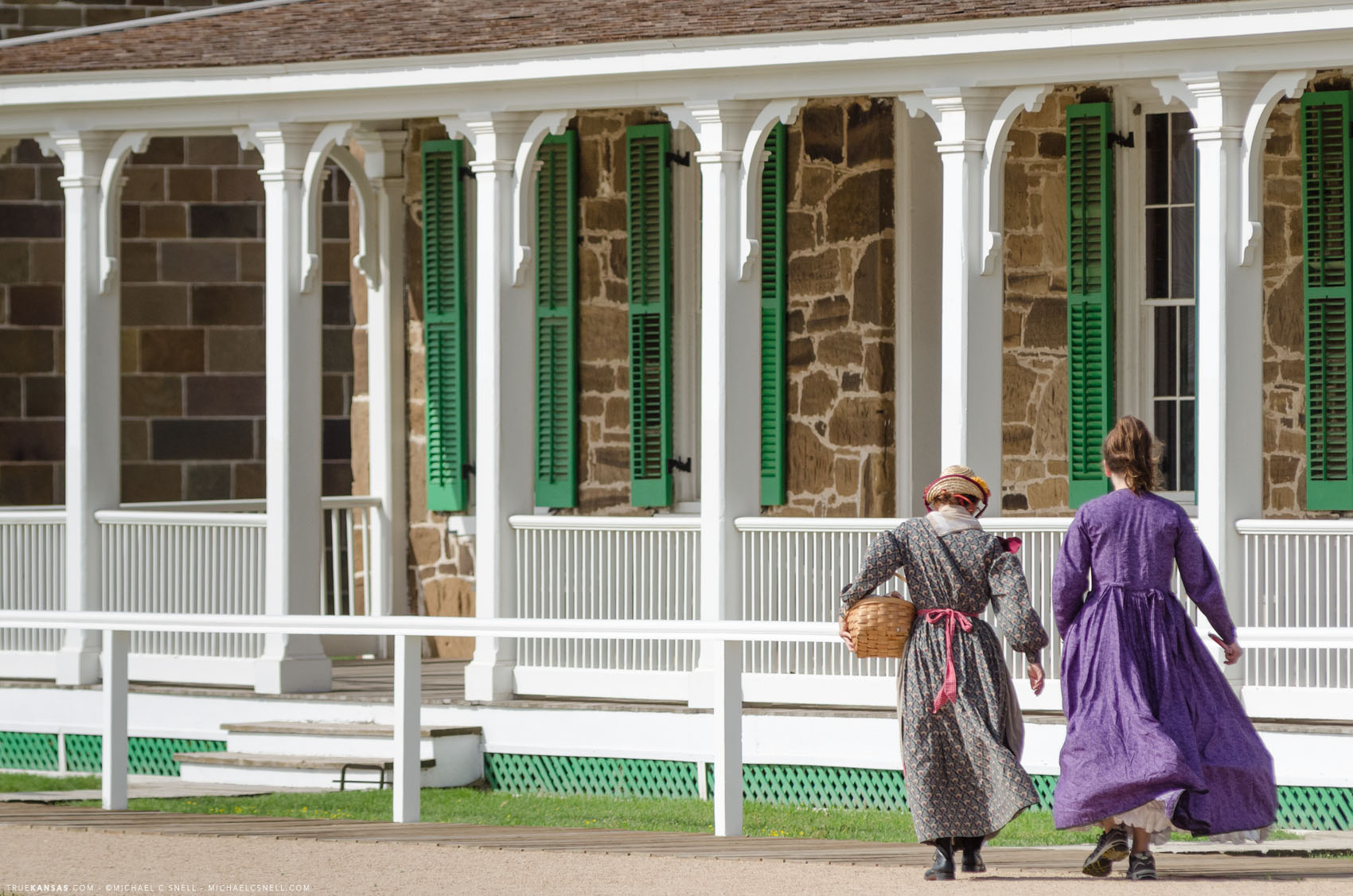 All photos in this post were shot with a Nikon D700 and one of the following Nikkor lenses:

The photos in this post were shot in May of 2013, during the Memorial Day weekend living history event. You can find all of the scheduled events on the National Park Service’s website. 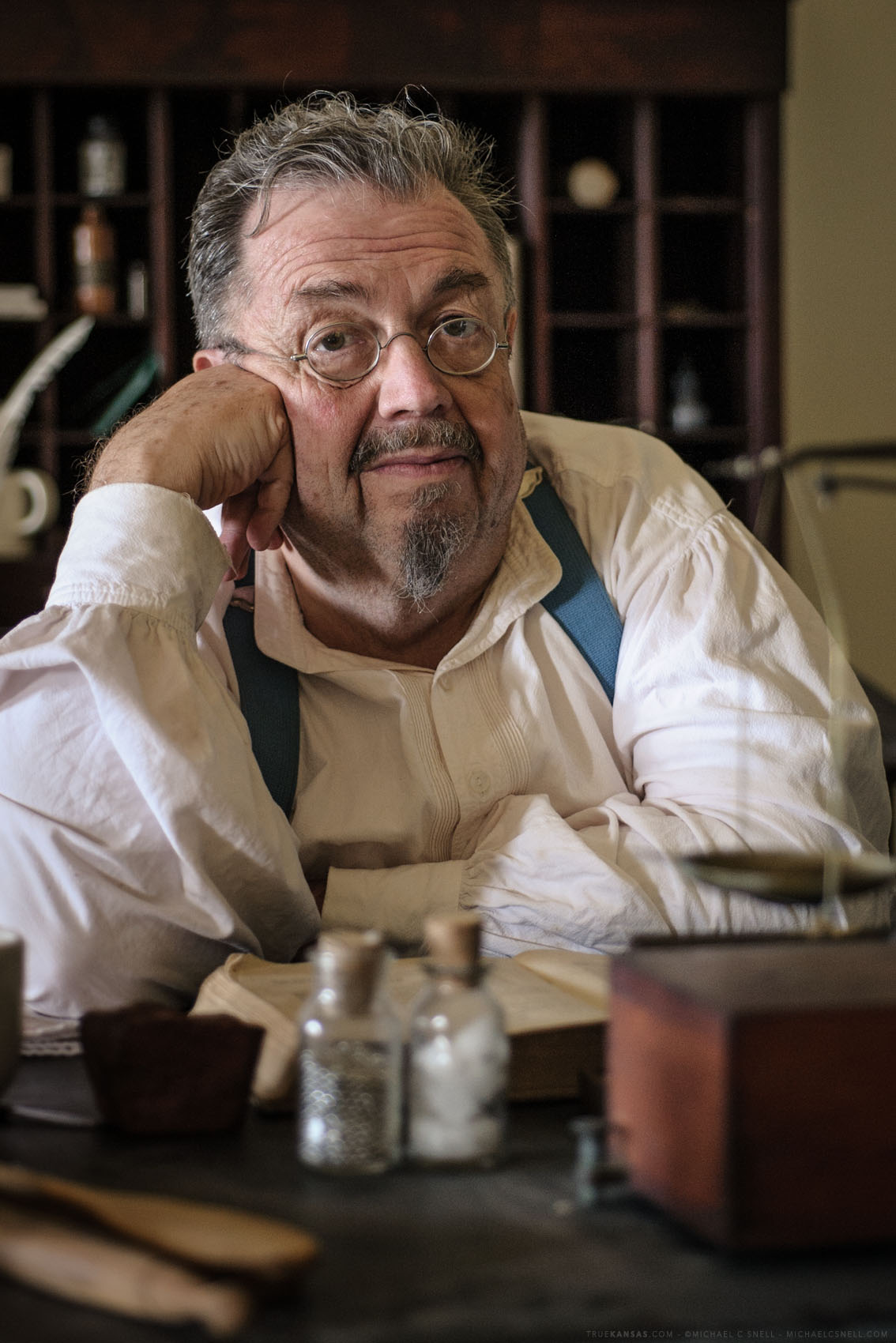 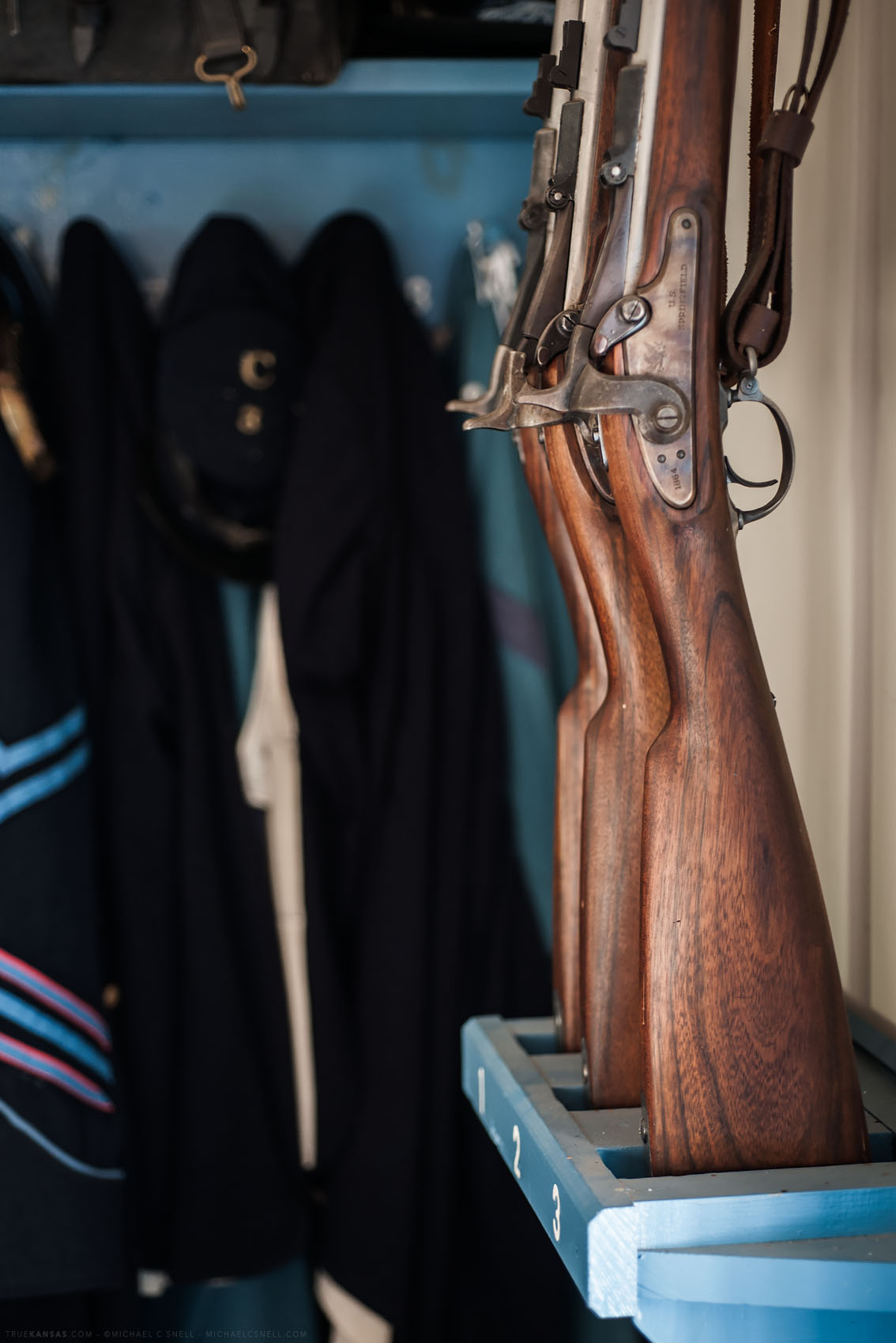 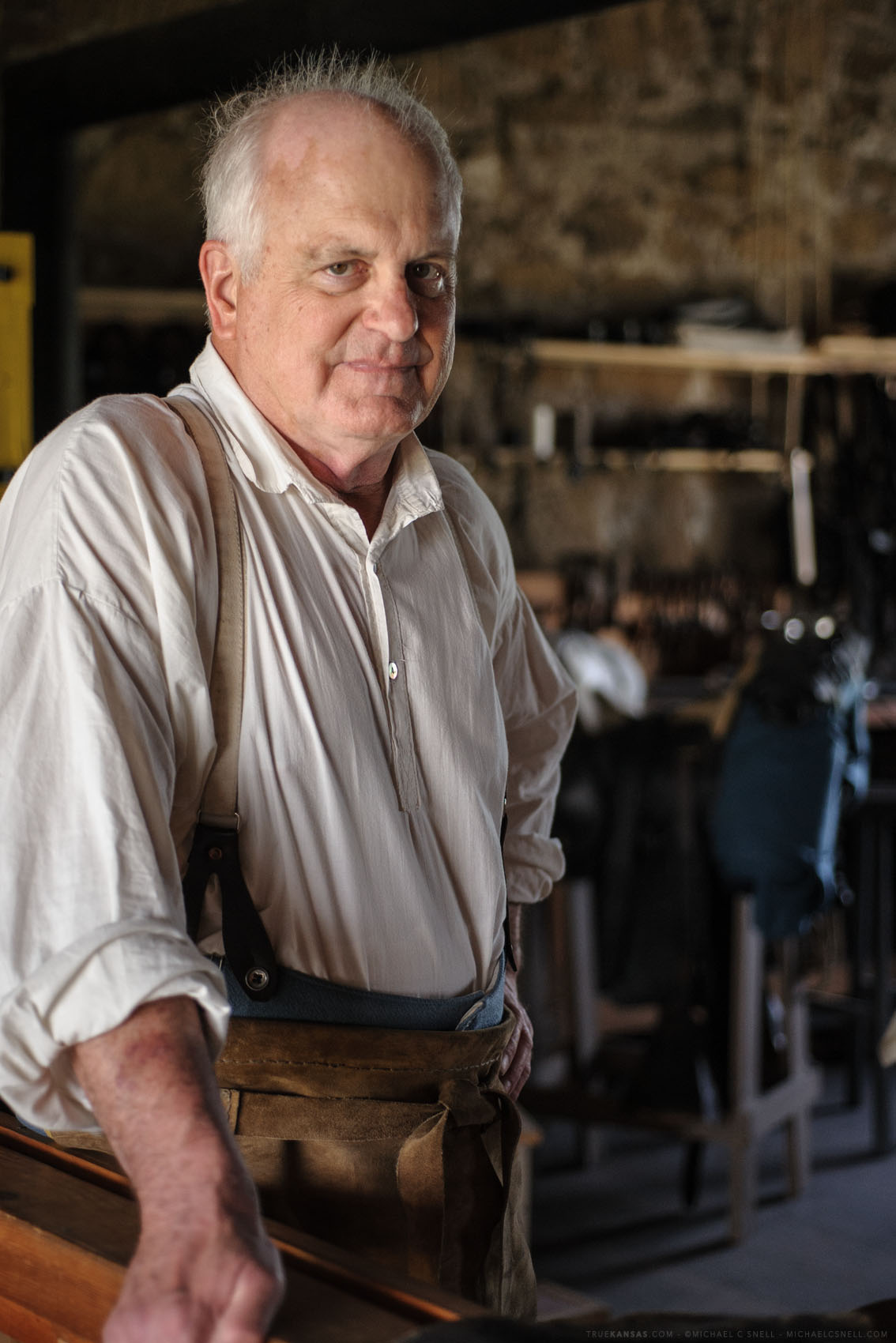 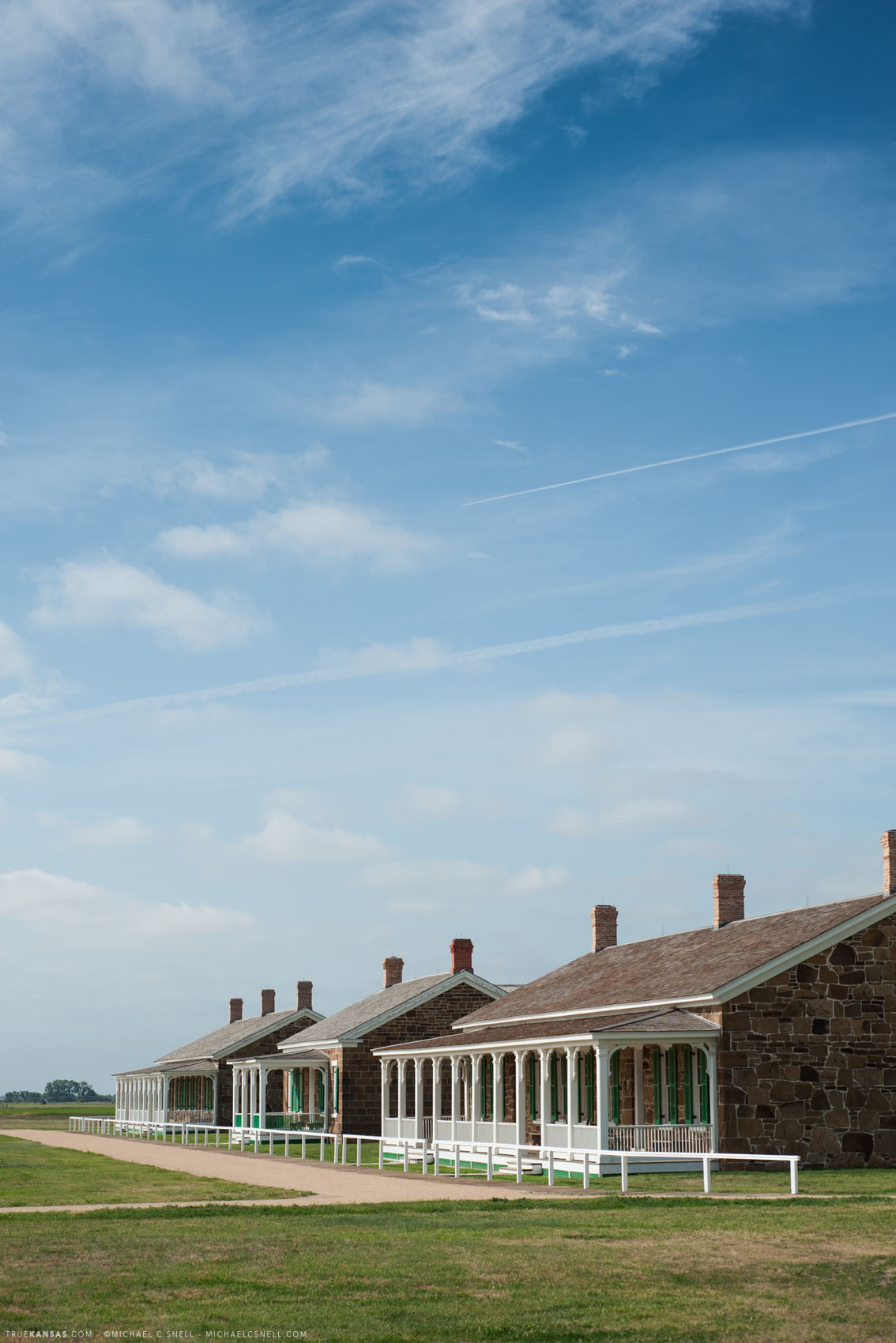