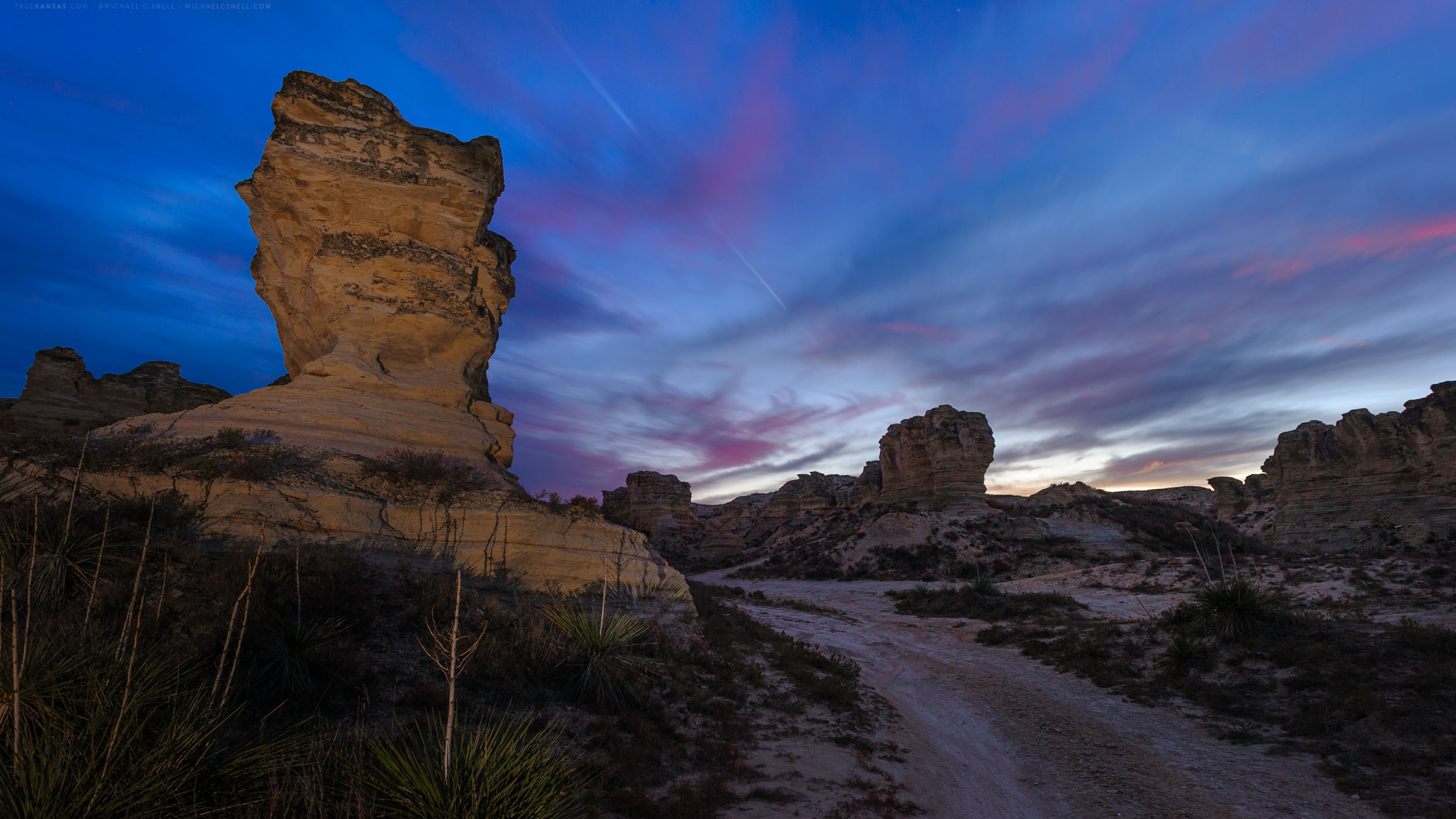 Castle Rock has always been a big attraction in Gove County. A spire of chalk that juts out of an otherwise largely flat prairie, Castle Rock has dominated this landscape for centuries. But, as with many of western Kansas’ geological formations, it is slowly shrinking and will one day disappear altogether. This happens faster than you’d think. When I look at photos I’ve taken of Castle Rock within my lifetime, I can see drastic changes already.

There will surely be more posts on this region in the future, but I’m leading with one of my favorite sunset shots of Lost Valley. For the most part, I think of Castle Rock as a morning location because the first light hits it more dramatically than at sunset. Monument Rocks is my favorite sunset location in this part of the state. On this day, however, I found myself at Lost Valley in the evening and used the sunset as a dramatic backdrop for the outcrops.

Please be aware that these formations (and Monument Rocks) are on private property and visitation may be limited to daylight hours by the land owners. I always do my best to abide by such rules, but I have had the opportunity to shoot well into the night in years past, before such restrictions were in place.

This particular photo was made just as the sun was setting. I put the camera on a tripod and opened up for a long exposure as the light faded, adding a bit of foreground light with a hand-held flashlight. It’s a location I’ve visited many times and it’s not far from where another of my favorite formations — Cobra Rock — used to stand. But, that’s another story of loss for another time. Cherish all of these places while we have them. Nothing is forever.